DESCRIPTION of a range of digital media products 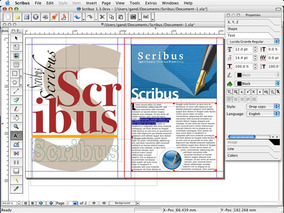 There are various digital media products that are currently available

Desktop publishing magazine: Desktop Publishing is a method of creating various things such as, but not limited to, Newspapers,  magazines, fliers, brochures etc from a computer. Special software is used for the purpose and it allows the user to easily add text and graphics to anywhere on the screen and allows them to easily and precisely manipulate it in order to make it more appealing. Most professionals make use of DTP

(Desktop Publishing) software in order to create magazines and newspapers and such. They are also used by amateurs as well. Most documents produced by DTP software are transmitted via the internet and are stored in formats such as PDF. 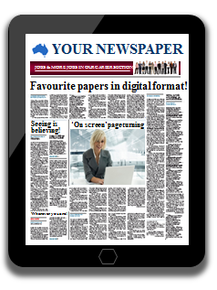 Graphical Design:  Graphical design consists of altering a graphic and combining it with other elements (such as text etc) to create product to convey a message to an audience.  Graphic design makes use of 2 types of graphic types, bitmap and vector.
Bitmap graphics store images using pixels, a series of tiny squares each representing a colour, forming to make an image. They are created and edited by painting software. Bitmaps are capable of producing high quality, detailed images in which shading and fine detail are required (photographs for e.g.).
Vector graphics sores images in a series of objects instead of pixels, such as shapes or lines. They are created and edited using a drawing program. Each individual object in a vector graphics file is defined by its characteristics such as position, line width, pattern, colour etc. These characteristic are stored in the computer as series of mathematical expressions, which are later displayed on the screen as pixels. Vector graphics are commonly used to draw things like schematic diagrams. 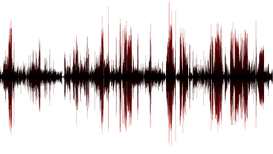 Audio sequences:  Audio generally refers to sound that is captured using a microphone. An audio sequence is a short piece of sound. Audio contains three physical characteristics. Amplitude, wavelength and frequency,  Amplitude is the height of the lowest and highest point of the sound wave; wavelength is the size of sound wave and frequency is the rate of the vibration of the wave. Modifying any of these physical characteristics is the basis of editing audio.  Since audio naturally exists in analog form, capturing it requires it to be converted into digital form, a process performed by the microphone and computer hardware.

Musical compositions:  Music can be defined as a series of sounds that are combined to produce sound that is pleasant to the ear and enjoyable.  People who produce music are called Composers and the music they produced are called compositions.
Music is produced using instruments. Modern instruments are often electronic and can be connected to a computer using an interface known as MIDI (Musical Instrument Digital Interface). MIDI allows upto 16 devices to be simultaneously connected and played. The quality of the sound is dependent on the synthesizer used to play it. The music played on the instruments are stored on the computer, which can be edited if required. Music from the various instruments are often combined, along with human vocals as well, to create a musical composition.

Animation Sequences: Animation is the illusion of movement by drawing a series of models or puppets or positions. When the drawn images are presented in rapid succession, it seems to appear that is is moving. Animation is most commonly used to created cartoons, where a drawn character appears to move and interact with its environment and other characters.  It is also used in other fields such as video games, movies, educational videos etc. Animation is a time consuming and sometimes, costly process since the frames need to be hand drawn, although techniques such as tweening has made it easier. A short animation video is called a sequence. Creating an animation sequence requires a lot of things to be kept in mind, such as the size of the graphic used and the speed (fps). 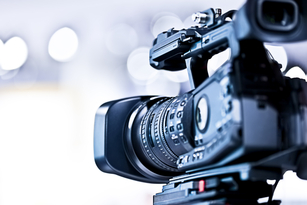 Video Production:  The process of creating video using digital video cameras and creating a combination of various videos is called video production. They are combined in order to create a story line. A specific scene is shot using a video camera, which is later transferred to a computer. The scene is then edited. Things such as special effect, sounds etc are added and the video are cropped or trimmed if necessary. After each individual scene (segment of the final product) is edited and finalised, they are combined and any last minute editing is performed such as adding credits at the end etc. The finished product is a video which has a storyline that serves to entertain (e.g. movie) or to convey a message (e.g. advertisement). The entire process from recording the video to editing and finalising it is called video production.

What are the common file formats used in digital media products? 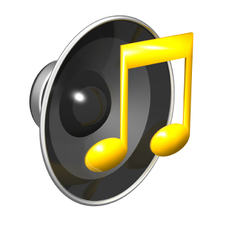 MP3: Short for MPEG Layer-3, MP3 is the most common file format for audio. It is a file format that compresses the data and uses lossy compression to do so.  Almost every digital media device capable of playing sound supports MP3.

WAV: A file format developed by Microsoft and IBM. It is a file format which compresses the data using lossless compression and is the main audio format used in Windows systems to store audio such as system sounds.

WMA: Stands for Windows Media Audio and is a proprietary, lossy file format made my Microsoft.  It is supported by most digital media players.

OGG: A free, open source file format maintained by the Xiph.Org Foundation. It is unrestricted by software patents and was designed to provide for efficient streaming and manipulation of high quality digital media. 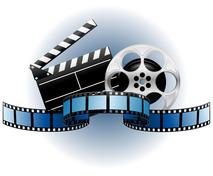 MP4: Also known as MPEG-4, is a commonly used video format amongst end computer users. It is a lossy compression file format. It is capable of storing both audio and video in the same file, like most other file formats.

AVI: Stands for Audio Video Interleave and was developed by Microsoft. It is a very common video format and it typically uses lossy compression but a format it lossless compression is also available.

MOV: A video format developed by Apple, based on MPEG-4 standard. It is a lossy compression file format and and is compatible with both Macintosh and Windows systems. It is also a file format used for animation

WMV: Short for Windows Media Video, it is a proprietary video file format developed by Microsoft. It used lossy compression and was originally designed for Internet streaming applications.
Animation

GIF: Short for Graphics Interchange Format, it is a lossless file format used for animation. It is a popular file format on the internet because if its wide support and portability. However, it is not very high quality as it is limited to 256 colours.

SWF: Also known as Small Web Format, it is developed by Adobe and is played within browsers using Adobe's Flash player plugin. They contain smooth video and vector graphics based animations. The file format has been designed with fast delivery over the internet in mind. 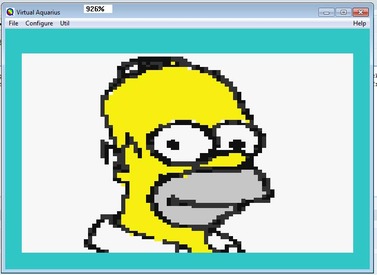 BMP: Also known as Bitmap Image file,  is a file format commonly used raster graphics format for saving image files. It is a lossless file format and is capable of storing high quality graphics. It was first introduced by Windows, but now recongnised by many programs on both Windows and Mac

JPEG: Short for Joint Photographic Expert Group, it is the the most commonly use file format to store images. It is a lossy file format and supports 16.7 million colours. It is capable of reducing the file size of an image to just 5% of its original, RAW form, but as with all lossy file formats, some quality is sacrificed in order to achieve this.

PICT:  Developed in 1984 by Apple computer, it was released to be the default file format on Macintosh computers for graphics.  It is a meta-format (generic format) that can be used to store both bitmap and vector graphics. It has slowly been replaced by other file formats and though it is still in use, it is usually used when there are no alternatives. 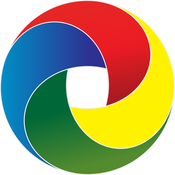 
WMF: Stands for Windows Metafile. It was designed by Microsoft for Windows computers in the early 1990's. Like the PICT file format, it is a meta-format and supports both bitmap and vector graphics. 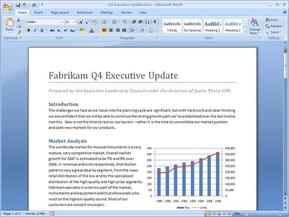 
DOCX: The most commonly used file format for storing documents that have been created in a word processor. It was introduced in 2007 by Microsoft and is the default format for saving documents. It is supported by all major word processing software such as Microsoft Word and OpenOffice Writer. It is capable of storing both text and images which can be edited unless the document has been set to "Read- Only"

PDF: Short for Portable Document Format, it is a file format used to display documents.  It encapsulates all elements of a document (text, image) and present them in an image form which can be viewed, printed, navigated etc. Unlike DOCX, where the document can be edited after creation, PDF documents usually cannot be edited.
Powered by